The plumbing can be an intricate element to your home. With the many problems professionals see regularly, it is a no wonder that most will advocate the need for an inspection to ensure the piping operation and related systems are accounted for. Today we at Simon Plumbing would like to expound on polybutylene piping used in your New York home.

Polybutylene piping, or PB for short, was frequently used for residential water supply piping needs during the late-70s to the mid-90s. As it was a more cost-effective option with the reduced cost and easy installation, as well as the perceived notion it was superior that its predecessors, it is not un heard of. Unfortunately, lawsuits piled up in the 1980s because of the ruptured piping cost hundreds of millions of dollars of water damage. The claims were made of poor installation techniques but mostly defective manufacturing.

Though professionals are unsure, it is believed a negative reaction with the plastic had occurred because of the exposure of chlorine or other oxidants in public water systems. With the poor reaction, the pipes flaked and become brittle, which made tiny fractures develop. Severe water damage was a direct result of how the pipes expanded, and over time it caused the pipe to suddenly fail.

How to Identify Polybutylene Pipes; Get a Plumbing Inspection!

Investing in an inspection from Simon Plumbing is encouraged to protect your Western, NY home from the potential damage of PB pipes. Doing it yourself is possible, but it is better done by a professional. A “PB2110” marking will be stamped on the polybutylene piping that is about ½” to 1” in diameter. The pipe is frequently gray, but can be found in black or blue colors as well. They have distinctive copper-color band pipe connections as well. In a mobile home, the piping extends into the cabinetry. The best place to look in a site-built home is around the water heater, ideally where the pipe comes out of the wall. Look for the defining characteristics including size, color, stamp and copper rings crimped around the connections. Keep in mind that the pipes might be dusty, requiring you to wipe the surface clean first. PB pipes can be detected under sinks and toilets, behind the shut-off valve and sometimes a small length of pipe may stick out of the wall and often covered up by a chrome escutcheon ring. Fortunately, PB piping was not typically used for drain piping.

The remedy for finding these poorly designed pipes is to have a professional plumber replace your PB piping. This can cost homeowners between $4,000 to $5,000 for an average home. Not treating the problem can impact the homeowner with higher denial of coverage or an extremely high deductible from their homeowner’s insurance when there could be an issue.

Similar problems are also being associated with other types of common brand pex style pipes. If you want to know the integrity of your water supply pipe line of your Western New York home, call in the experts of Simon Plumbing today and our plumbers will happily assist you with a plumbing inspection as well as recommendations and completion of any plumbing repairs and replacements needed! 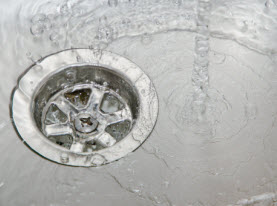 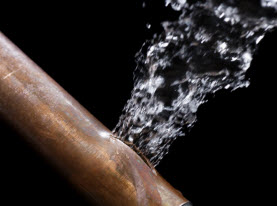 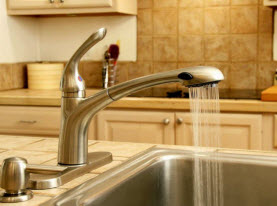